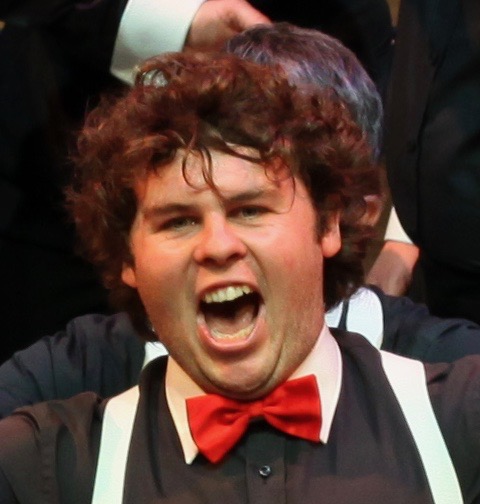 Dan’s infatuation with music began at age 10 when he started private piano lessons. Soon after he began playing guitar and singing too in highschool, music being by far his favourite subject.

Dan moved from his hometown Moruya, NSW to Canberra in 2009 to study his Bachelor of Education – Secondary Teaching (Music), which he completed in 2013. Now he teaches music privately and in schools around Canberra to pay the rent (and because he loves it of course!).

Dan found barbershop while he was studying in 2011. After Googling ‘choirs in Canberra’ he found the city’s only men’s barbershop chorus – The Canberra Chordsmen! Until then, Dan had only seen barbershop singing on The Simpsons. Intrigued, he visited the chorus and immediately felt at home among the barbershoppers and the close, ringing chords.

Dan became the full-time director of the group in October 2013, but not before learning the craft from the two previous directors, Chris Drury and Glenda Lloyd. Chris gave Dan the warm welcome to barbershop that got him hooked, and Glenda was an invaluable mentor to Dan in all aspects of running a barbershop club.

Dan looks forward to the future of barbershop harmony in Canberra and the positive impact it can have on the lives of the men who sing with us and on all of our audiences. Dan is particularly keen on youth development as he was 20 when he joined the club.